Posted by Margo Bettencourt on 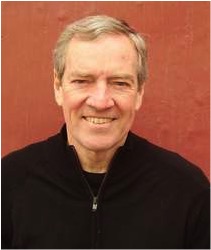 The Columbia and Penn Alumni Clubs of France invite you to a speaker event with Penn alum Donald Morrison. Mr. Morrison is the author of the 2009 bestselling book The Death of French Culture, which in part lamented France's growing incapacity to maintain its universal cultural pull.  He will discuss the basis of his book and explore whether French culture continues to export poorly today.

Please join us for an engaging conversation followed by an "apéritif dinatoire".

Mr. Morrison is the European Editor of the London-based magazine PORT and has written for The Financial Times, The New York Times, Le Monde, Le Point, The New Republic, Smithsonian and Conde Nast Traveller. He is the author, co-author or editor of books on subjects as diverse as China and photojournalism. His "The Death of French Culture," a 2009 best-seller in France, was published in the U.S. in 2010. His book on the Obama presidency, "Comment Obama a perdu l’amérique (How Obama Lost America)," was published in France and the U.S. in 2012. Mr. Morrison holds degrees from the University of Pennsylvania and the London School of Economics.