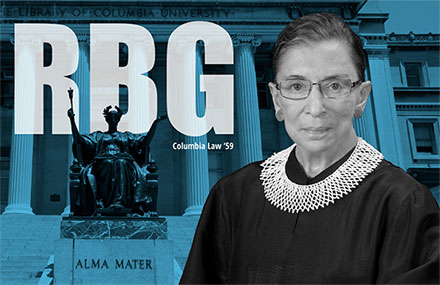 A Discussion on the Legacy of Ruth Bader Ginsburg (LAW ’59)

The Columbia University Club of France wishes to pay tribute to the late Justice Ginsburg, who was the second woman to serve on the U.S. Supreme Court and the first female tenured professor at Columbia Law School. Taking a Franco-American perspective, the panel will explore some of the themes that were of interest to Justice Ginsburg as part of her work on the Supreme Court and in academia.

This event is Virtual and Registration is required.